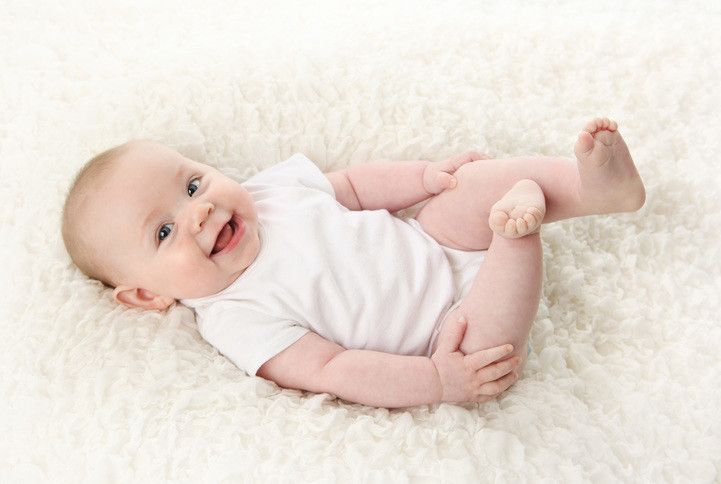 The arrival of a baby is undeniably an unexpectedly pleasant event, both for the parents and for the wider family environment. However, as the infant begins to grow up, the changes that will be brought about by the infant’s remarkably rapid development, cause an additional amount of stress to the parents as they must deal with them in the best possible way. It is a fact that the foundations of the health of adults are set even from their first years as infants. The same applies for their oral health, the foundations of which, however, can be found in their embryonic life.

Is there any cause for concern for the parents in the delayed eruption of their baby’s teeth?

In the 6th week of pregnancy, at the areas of the developing jaws, the first epithelial cells begin to accumulate. These are gradually spatially grouped, proliferate, are differentiated into ameloblasts and odontoblasts until they form the so-called “dental papillae” in the 8th week of pregnancy, the precursors of the deciduous-baby teeth. The first primary teeth begin to erupt approximately in the 6th month and the process is fully completed when the child is 3 years old (usually at 2 ½ years of age). The delayed eruption should not worry the parents, as it is usually due to hereditary reasons, until the child is 13 months old (some specialists set this “justified” age limit to 18 months), when they should consult a Pediatric Dentist.

What are the symptoms of eruption of the baby’s teeth?

The eruption of the teeth is accompanied by edematous (swollen) red gums, sialorrhea, a general feeling of malaise, discomfort, irritability, lack of appetite, mild fever, while sometimes the symptoms are milder. It is worth pointing out that for general severe symptoms, for example a high fever,  the eruption of teeth cannot be implicated and this condition must be investigated. In the market there are special mouth rings and the so-called “teething toys” - chewing rings, which can sometimes be put in the fridge, that relieve the baby from the pain of the deciduous teeth eruption due to the cold pressure that is applied to the irritated gums.

How can the parents help in the relief of pain when their baby’s teeth erupt?

Parents can also use the simple solution of a cold, wet gauze, or wrap an ice cube into a cloth and press it against the irritated gum, significantly alleviating the pain and relieving the baby. However, cold pressure cannot be continuously applied for a long time period because it may cause a local lesion to the sensitive oral mucosa. Furthermore, nostrums that consist in applying ouzo on the area of eruption of the deciduous teeth in order to relieve pain, have the potential risk of causing a burn, making the situation even more complex. In the case of intense symptoms, the use of a painkiller such as paracetamol, with the consent of a pediatrician, must not be considered as an exaggeration. In drugstores there are herbal substances appropriate for infants, with proven analgesic, anti-inflammatory and anti-bacterial action (such as propolis, a glutinous substance which is produced by bees so that they can seal and disinfect the interior of the beehive).

What is the role of deciduous teeth and how is the development of the child’s personality affected?

Deciduous teeth must not be considered simply as the precursors of permanent teeth. Their importance is very high as well as diverse, since they can affect the development of the child’s personality.

The appearance of deciduous teeth in the oral environment marks the transition from the consumption of liquid-semi-solid foods to the one of solid foods and the beginning of the function of chewing. Infants begin to communicate, and produce speech and other sounds that are formed by the position of the tongue and the deciduous teeth. They define the development of the oral and jaw system and contribute in the preservation of space so that the permanent teeth are formed. Bad deciduous teeth tend to cause pain, while the inflammation can develop into an abscess and require hospital treatment. It is worth remarking that a decayed deciduous tooth can cause a disturbance in the formation of the permanent tooth that will eventually replace it, in the interior of the jaws. An oral environment free of microbes and dental caries is the most appropriate environment for the eruption of permanent teeth. It has been statistically proved that people who had healthy deciduous dentitions have a lower risk of development of dental caries in their adulthood.

What is the care of oral hygiene of a baby?

The care of oral hygiene of a baby is relatively simple. The parents shall clean with a gauze or a soft wet piece of cloth the oral mucosa (before the eruption of deciduous teeth) and, afterwards, the gums and small teeth.

After each meal all the organic residues of the food must be removed, which, in combination with milk, can be metabolized and form soft bacterial smear on the surface of the teeth. Milk contains lactose, a substance through which the microbial flora of the mouth produces acids that cause decay. It is important that the baby, after the evening brushing of teeth, does not drink any milk but only water, as the action of bacteria is increased during sleep, or, if a pacifier is used, it should not be filled with honey or some other sugar substance.

After the full eruption of the teeth, the parents can use a toothbrush and toothpaste. The toothbrush must be always soft with a small head and a large handle. The fluorine content of the toothpaste must be very low or zero (250-500ppm in a quantity large as a lentil at the age of 6 months that is increased to 500- 1000ppm in a quantity large as a pea, at the age of 2 years), so that the risk of fluorosis is reduced in ages that the infant may swallow the toothpaste. Fluorine is an anti-decay substance, which has a protective action in specific quantities. On the contrary, in cases of overdose, it has harmful or even toxic effects. The fluorine content of a toothpaste for children is defined by the fluorine levels in the drinking water. In cases of reduced fluorine intake, it is not recommended to increase the content of the toothpaste but to systematically take tablets or preparations, always under the instructions of the pediatric dentist.

What is the cause of tooth discoloration?

The endogenous discolorations that can be observed in the deciduous and permanent teeth can have their origins back in the infant or even in the fetal period.

The use of antibiotics by the mother, more usually tetracycline or doxycycline, during the period of pregnancy, during breastfeeding, or in infancy, when the dental tissues of permanent teeth are formed, can stain the dentin giving the tooth a gray opal color. Tetracycline is bound to the receptors of hydroxyapatite, the basic crystalline formation of tooth crystals.

Fluorosis, which was mentioned before, can form white, yellow or brown spots, stains, lines or grooves on the surface of the teeth depending on the exposure to fluorine. A differential diagnosis must be performed to distinguish it from the initial stages of dental caries and the cases of injury during childhood, where the normal formation of tooth enamel in the initial tissues of permanent teeth that are impacted in the jaws is disturbed.

Diseases during childhood may cause similar discolorations, such as porphyria, neonatal hepatitis, hemolytic anemia, etc.

Some parents may observe the presence of malodor. It is usually due either to poor oral hygiene and the aggregation of microbial plaques, or to the fact that the baby breathes with his/her mouth open due to obstruction of the upper airway (rhinitis, sinusitis, enlarged adenoids).

How important is the visit to the Dentist for the oral hygiene prevention in childhood?

The parents must deal with many conditions that are “unknown” to them.

It is good that they do not hesitate to consult a specialist or initially their dentist who will give them the respective instructions and guidelines. When babies grow up, they discover the world, acquire experiences and memories and develop their own personality. The first example that good oral hygiene is observed is their rigor in the practice of proper oral hygiene. It is important that the concept of prevention is followed since our childhood.